Creating believable antagonists is vital for fiction writers. I have an advantage over some writers in that my husband is a crime analyst and criminologist, so I can go to him and ask him to profile my bad guys when I’m first creating them. He comes up with awesome stuff! For those of you who don’t have a profiler living in your house, you need outside help. The book The Anatomy of Motive by John Douglas and Mark Olshaker is a good start. I’m reading it and sharing some of the most useful information. There’s a bunch I’m skipping, so if you find this series of posts useful, you might consider buying the book. It’s a wonderful resource for your reference library. 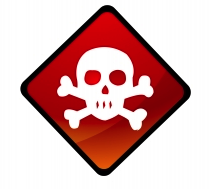 I’m in chapter four, which deals with product tampering. The author says, “Is poisoning a female crime? Not particularly.” That came as a surprise to me. I thought it was. I thought I’d read statistics proving that most poisonings are committed by females. Guess I was wrong. Douglas says this: “The great majority of poisoners are going to be males, just as other types of murderers are. But because of the non confrontational aspect of it, if a woman is going to attempt murder, poison is one of the means that would likely be near the top of her list. And if a man is the perpetrator, then we’d expect him to be a shy or cowardly, emotionally submissive male who would be equally uncomfortable with confrontation. If we were called in on a new poisoning or product tampering case, we’d begin by suspecting a white male, but if the scenario and victimology suggests a particular, rather than a random, target, this is one type of crime which we might easily shift our focus to a woman UNSUB.”

Mathematically, that makes sense. Most homicides are committed by males, so the percentages should reflect that. Douglas bring up two case files that contrast sharply. The first one is a woman who killed her husband, her daughter, and her mother with arsenic. Her motive was freedom from a family she found oppressive. She fled the area before she could be arrested and found a new husband under a false identity. When she felt oppressed in that relationship, she faked her own death and took on yet another identity.

The second case was a man who tried to kill his neighbors because they were too noisy and they wouldn’t pipe down, even after repeated death threats. He felt contempt for his neighbors and felt intellectually superior to them for “winning the game.” True to Douglas’ profile, this UNSUB was a non confrontational male with a high IQ and a social misfit.

This is the last post about poisonings. Next is people who snap at work.