I’m in the midst of a fascinating discussion on creating a believable female antagonist using Sean Mactire’s book Malicious Intent: A Writer’s Guide to How Murderers, Robbers, Rapists, and Other Criminal Think. Today I’ll discuss the female killer’s victims and how she hunts. 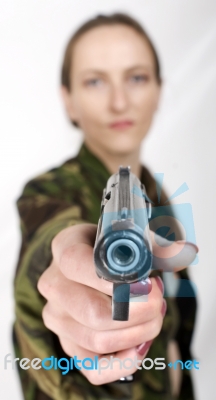 Mactire starts this section with, “In over one-fourth of all cases, women killed family, friends, and acquaintances, but those same women also killed strangers in equal numbers.” So the female killer isn’t picky — she’ll take out just about anyone. Here are the typical victims, in order of preference:
1. Strangers
2. Family
3. Acquaintances
Just like male killers, the female killer preys on those who are weak. When female killers prey on adults, they generally choose men. When they go after children, gender doesn’t seem to be an issue. Female killers tend to stay in one place and hunt within that territory (their homes, nursing homes, hospitals, home city, etc.), although there have been a few cases of female killers roaming the entire country for her prey. In fact, there have only been six known cases of female traveling killers, and the authorities initially attributed those killings to men. “It is the invisible nature of women killers that may hide more crimes,” Mactire says.
That wraps up today’s discussion. Hopefully you found some useful information in there to use in creating your female antagonist. My next post will include the methods and motives of female killers.
-Sonja